The 'Old Union' Canals of Leicestershire and Northamptonshire 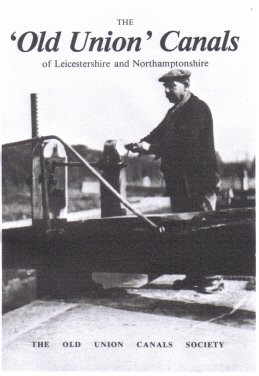 The Leicestershire and Northamptonshire Union Canal was to have been the last link in the series of Navigations linking the Thames and London with the Trent and Derby-Nottingham coal fields. An advertisement in the Leicester Journal for February 1792 called a meeting to consider a bill to "extend the Navigation from Leicester to Market Harborough". The outcome was a subscription of £29,600 raised there and then, and Christopher Staveley was called upon to make a survey. A later proposal suggested an extension to Northampton. Staveley's report and survey was considered at a meeting in June along with a letter from William Jessop, Engineer to the Leicester Company. The outcome was to ask Staveley to survey the line through to Northampton.

Meanwhile, the proposed Grand Junction Canal was being planned from the Thames to the Oxford Canal near to the village of Braunston in Northamptonshire, and it was to be a 'broad' canal with locks suitable for two narrow boats side by side. As authorized, it was to be 90 miles long with branches to Daventry, Northampton, Stony Stratford and Watford. The Act of Parliament received the Royal Assent on 30th April 1793.
The Union Canal, as the Leicestershire and Northamptonshire Canal became known, came into being on the same day as the Grand Junction, 30th April 1793, and was for a canal from Leicester, West Bridge, where it joined the Leicester Navigation using the River Soar to Aylestone and thence by Saddington, Foxton, Theddingworth, East Farndon, Great Oxendon, Kelmarsh, Maidwell and the Nene Valley to Northampton where it was to join the Grand Junction, Northampton Arm.

However, the scheme came to grief due to the economical situation at the time, and having built the canal as far as Gumley Debdale, by 7th April 1797, funds did not permit the continuation as planned. Subsequently the Company managed to continue an extension to Market Harborough at a further cost of £40,500, and this opened on 13th October 1809.

After several attempts to forward the continuation of the navigation as planned, a new Company was finally promoted by several Grand Junction proprietors who called in James Barnes and Thomas Telford to survey a fresh route. Benjamin Bevan of Leighton Buzzard was the Engineer. This was the Grand Union Canal, known now as the 'Old Grand Union', who secured their act in 1810. The route finally agreed upon was from Foxton in Leicestershire, via Lubenham, Husbands Bosworth, North Kilworth, Yelvertoft, Crick, Watford and Norton near Daventry, with a branch to Welford. It was opened on 9th August 1814 and the Welford Arm three months later.

The last event in the construction was the straightening and widening of the River section, Leicester to St. Mary's Mill, to relieve flooding. This was undertaken by the Leicester Corporation by means of an Improvement Act of 1881 and completed by the Spring of 1890. Two Locks and Mills were abolished, one new lock replacing the two. Since then the City Council have had responsibility for flood control and maintenance.