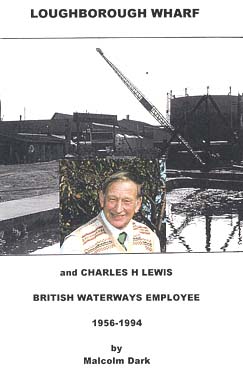 A short history about the building of the wharf and an account relating the work of Charlie Lewis who was based there for almost forty years.

Contributions from Ray Fletcher who was born in a wharf-side cottage and came from a family of commercial boaters, give an insight into the canal trade from the turn of the 20th century.

As cargoes rapidly declined, soon after the Second World War, commercial traffic ceased and finally BWB relinquished its on-site office and the wharf lease passed to a local builder, to become a storage depot.

In 1996 the historic wharf came under threat from a proposed bypass. A group of enthusiasts began a campaign to prevent its entire loss. The following year saw the first of the annual boating rallies as a feature of Save The Wharf, sponsored by the Loughborough Echo weekly newspaper.

When the builder's lease expires, proposals in conjunction with BWB contain the outline for the community development of the basin and surrounds to merge with the new residential properties recently occupied along the Canal Bank.