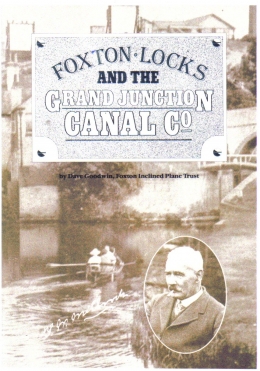 'Buried Treasure' conjures up an image of hidden wealth of some exotic kind - in the Millner letters lie a wealth of detail about one of Britain's most prestigious and go-ahead Canal Companies at the turn of the century. The old documents give an insight into Grand Junction strategy and thinking in an age before modern road transport - when canals, it was thought, could still fight off railway competition, and the reason why the company created the Foxton Boat Lift and promoted the idea internationally.

This book is dedicated to Blisworth historian George Freeston, whose foresight brought about the preservation of the Millner letters at a time when no-one cared, and when local history and canals in particular were less popular subjects for study than they are today. I hope the following will prompt the canal enthusiasts to drag out their cruising guides to pin-point exact locations, and tempt the general reader to become more interested in the fascinating world of the waterways.

Lying unread until recently, the letter copybooks contain the best 'Buried Treasure' I could ever wish to stumble across, as exciting in their way as any pirate gold. Read for yourself and see.

Other books about Foxton Locks