The Rise And Fall Of The Harborough Bus 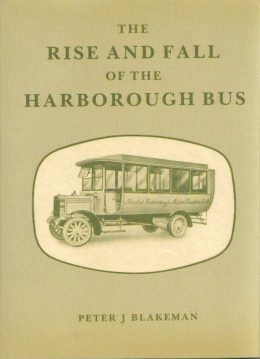 This fascinating book, which is packed with photographs, charts all aspects of the company's history from its inception, through winding up the original company and reformation, into a period of competition and the eventual cessation of its services. All aspects of the company's financial and operational history are covered, as well as glimpses of the social impact of the development of new, affordable public transport on the areas that were served. There are also insights into incidents such as an embarressing episode involving the Harborough bus and a sheep, and the resulting court case.

Other books about Buses

Other books about Market Harborough