The Fire Brigade: A History of Stories and Incidents (1894) 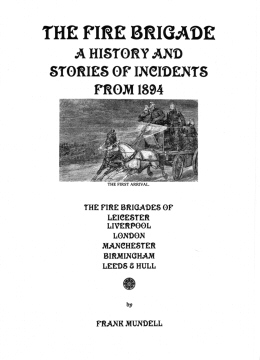 The job of a fireman has evolved considerably since the first official fire brigades were formed in the nineteenth century, but the bravery of the men and women who risk their lives to save others in burning buildings and other disasters remains unchanged.

Originally published in the 1890s as 'Stories of the Fire Brigade', this book is a collection of stories of heroism and bravery from amongst the best of the countries firefighters. There is also a brief history of fire brigades up to that point, and numerous illustrations throughout the book.