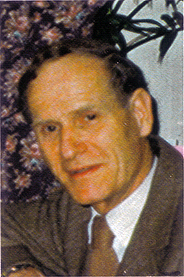 Malcolm was born in Wolverhampton in 1935, and from 1947 to 1954 he attended the Technical High School. Here he built his first canoe, being the initial member of the Boating Club based in an old stabling barn at Autherley Junction, on the Shropshire Union and Staffordshire & Worcestershire Canals. Some years later, as a qualified teacher in a residential school near Lichfield, Malcolm constructed several canoes plus a sailing dinghy or all the pupils to use on the adjacent canal.

His career took him to the Isle of Wight, Reigate in Surrey and eventually Wandsworth as headteacher. There, after participating in the London and other Marathons, came a renewed interest in canals, leading to purchasing a Springer narrowboat to be based in Barrow on Soar.

When circumstances changed the family moved to Leicestershire in 1990. After making fruitless enquiries about the River Soar which flows by the front of is property, Malcolm researched its history from close to Leicester to Trent Lock and wrote a series of nine books.

He has appeared on local TV and radio, with his research reported in the Loughborough Echo. Malcolm enjoys a busy life supply teaching, but no longer referees Junior League Football or participates in marathons.

All accounts relate to Barrow-on-Soar

Leicestershire's greatest flooding catastrophe. The narrative covers the building of the earthworks dam to supply water for the ill-fated Charnwood Forest Canal and its collapse in February 1799, plus … [more about book reference 74]

book reference 128": The Civil War at Cotes Mill and other stories about the River Soar

Cotes Mill stands on the outskirts of Loughborough, beyond the railway station, on the road to Nottingham. Opposing forces met there and for two days endeavoured to gain control over the extensive … [more about book reference 128]

book reference 7": The Navigation Pub and the Canal to Barrow Deep Lock. Barrow upon Soar. A History from 1794

A history of how and why the canal was built to avoid the weir beyond the site of Barrow Mill and make the River Soar navigable from Loughborough to Leicester.

The canal cutting required a deep … [more about book reference 7]

Probably the only existing ferry of its type, with the chain lying on the bed of the River Soar to allow the passage long ago of commercial narrow boats and of present day cruisers.

A day's events in the life of a fictitious family working aboard a horse-drawn narrow boat from north of Leicester to Trent Lock at the junction of the Trent and Mersey Canal and the Erewash Canal. … [more about book reference 79]