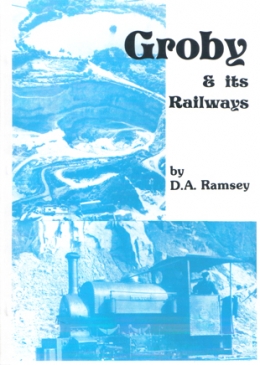 First published in 1983, this is a detailed description of the lost railways of Groby, north of Leicester. A small network of lines connected the granite quarries to the north of the town with the Leicester and Swannington Railway. The railway closed in 1966, and although some quarries remain in operation there is now little trace of this fascinating railway.

Photographs and maps from the opening of the railway through its operation life to closure and abandonment compliment the author's scrupulously researched history of the railway. Also included is a brief description of the Welsh Groby Granite Quarry, owned by the same company as the Groby quarries but located near Blaenau Ffestiniog in North Wales.

Also by D. A. Ramsey