Getting The Coal: Impressions of a twentieth century minning community (1992) 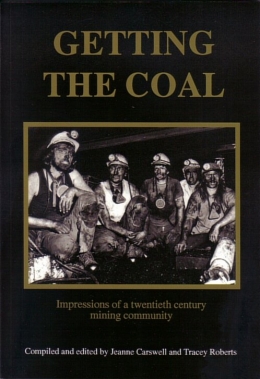 The story of the Leicestershire coalfield - around Coalville, Bagworth and Ellistown - as told by the men and women of the mining communities.

"When Bagworth Colliery closed in February 1991, it marked the end of deep mining in the Leicestershire coalfield. The history of coal mining in the area stretches back at least two thousand years. The recent discovery of the remains of a fifteenth century mine at British Coal's opencast site at Coleorton near Ashby de la Zouch indicates that the pillar and stall method of extracting coal was in use over four hundred years ago. In March 1827, the Leicestershire Chronicle reported that 'Coals are about to be got at a place called Long Lane, Whitwick.' The area around Long Lane eventually grew into a town which became Coalville in 1833. William Stenson and George Stephenson both played an important part in developing the industry which brought work and prosperity to the town and much of the surrounding areas.

"Getting Coal is our way of commemorating the lives of the people involved in the mining industry in Leicestershire. The book consists almost entirely of extracts from tape-recorded interviews carried out by the Mantle Oral History Project over a period of six years. The contributors recall their work, home life and leisure, covering the period from the beginning of the twentieth century. All the extracts are in the words of the contributors. We hope that this will help to give a little flavour of the local dialect. Good times and bad times are remembered here but this is definitely not an exercise in nostalgia. It is rather a picture of communities united by a single industry, the traces of which have all but disappeared. We are grateful to the many people who were willing and brave enough to put their memories down on tape."

Other books about Coalville

Other books about Whitwick