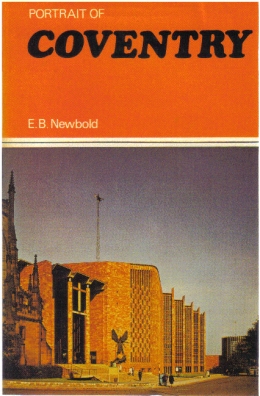 "In a city that has grown as fast as Coventry there must be many people who, having migrated to it, are not fully informed about its history, achievements, wartime experience, and its reconstruction. This is a book which surveys the Coventry scene past and present, from Lady Godiva in the eleventh century to today's thriving city. It is also an account written with warm affection by a native of the city in the hope of arousing fellow-feeling among Coventry residents who have watched the city grown into an interesting place since the war. We believe this is the first book-length general portrait of Coventry that has been published in modern times, spanning the years before and after the Second World War. As such, it is a valuable document."

Also by E. B. Newbold

Other books about Coventry