As The Years Have Passed By In Nottingham 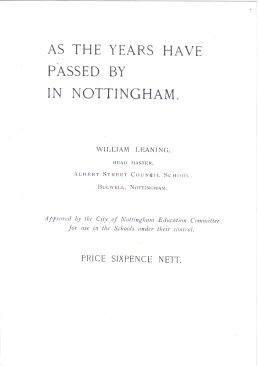 An interesting history of Nottingham from Saxon times to the nineteenth century, written by William Leaning, Headmaster of the Albert Street Council School of Bulwell, Nottingham: "Approved by the city of Nottingham Education Committee for use in the Schools under their control."

Other books about Nottingham